A Hunter-Gatherer’s Guide to the 21st Century

This book is an attempt to identify, study and solve problems of our time thorough the lens of evolution: what should we eat, how should we sleep, how to care about our health, how to build relationships, how to raise children, how to build communities.

The main problem authors have identified is that despite the fact that humans are very good at adapting to changing environment, modern rate of change is too fast. The leads to the fact that many people begin to feel confused, anxious and lost. It also leads to many problems we face as a society and a species. Authors try to approach identified problems through thinking from the first principles to filter out incorrect and irrelevant information and avoid the naturalistic fallacy. 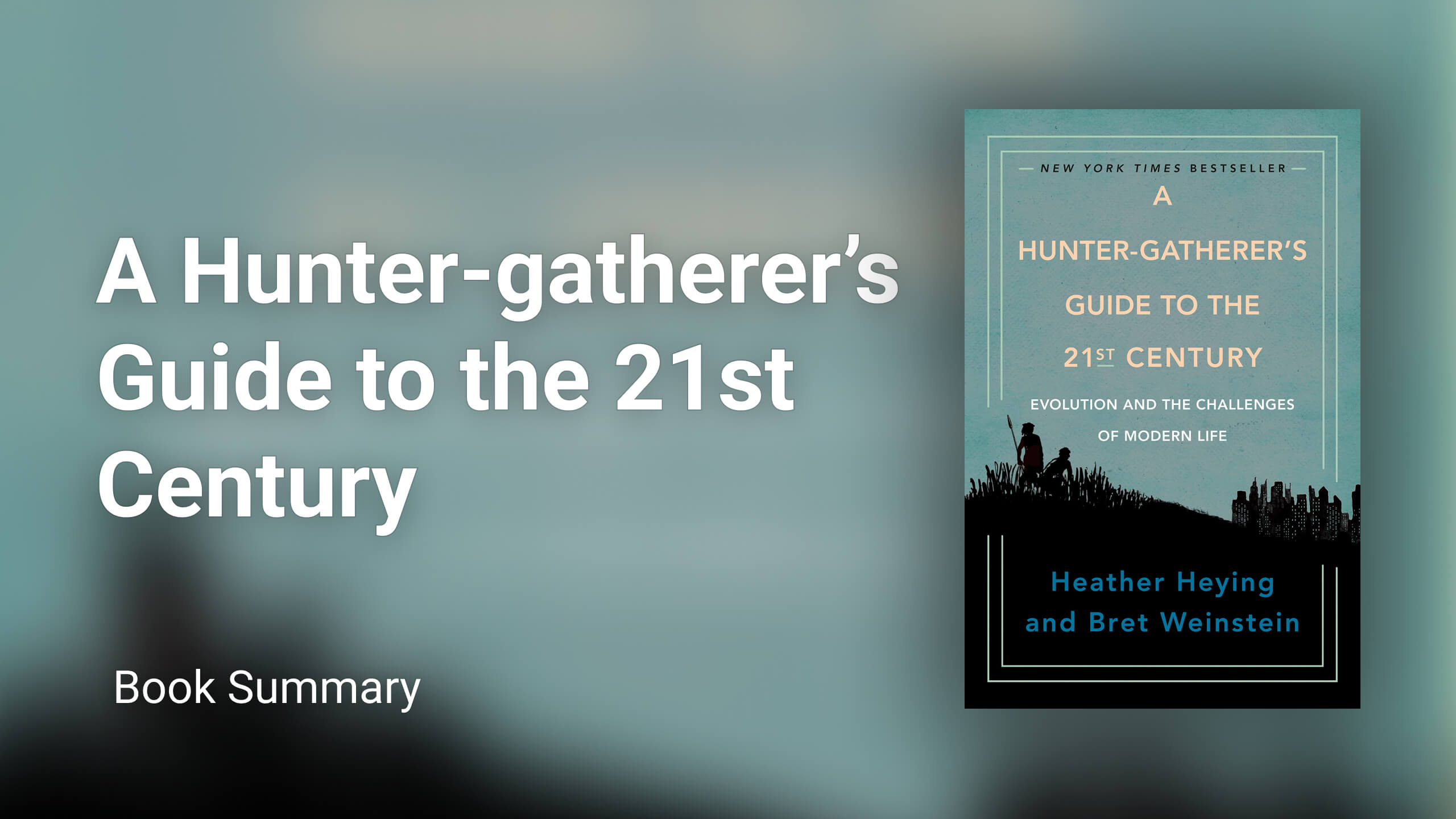 In the first chapter «The Human Niche» authors introduce readers to individual and collective consciousness, lineage, epigenetic adaptation and the Omega Principle.

Humans don’t have niche in nature. As as species we are generalists that can adapt to any habitat. The solution to the paradox is that even as a species we are generalists, individually we are often specialists. But in addition to individual consciousness we have also evolved a shared collective consciousness. It allows us exchange ideas and learn with minimal friction.

Culture is an epigenetic regulator that is evolved to serve the genome yet is more flexible and can adapt more rapidly.

2. A Brief History of the Human Nature

In the second chapter, the authors give an overview of our big evolutionary history from the beginning of life and the emergence of the first organisms through the development of animals, fish, reptiles, animals, primates, and finally humans. The authors show the time frame and origin of our features: bone structure, brain, heart, limbs and behavior.

The main point, in my opinion, is that being Homo Sapiens does not mean that we are no longer apes, primates, reptiles, fish, animals, vertebrates, and eukaryotes. We belong to each of these groups, and our physical and behavioral characteristics are the result of that. Humans are fish.

The third chapter is named «Ancient Bodies, Modern Worlds». In the beginning of the chapter authors establish that evolutionary adaptations may work both through genetic and cultural means and that «Nature vs Nurture» dichotomy is false. Then authors purpose a test to determine if a trait is an evolutionary adaptation: it’s complex, it’s costly and it’s old.

It’s often the case that the purpose of a trait is currently unknown, like in the case of the appendix. Still unknown purpose should not motivate us to mess with or get rid of the trait as if it is an adaptation, it most likely has some hidden value that we don’t see due to our ignorance (Chesterton’s Fence).

An important feature of the evolutionary development is the presence of . There are 2 types of : allocation and design constraints. Both are ubiquitous. Humans found ways to evade some of the by building outside of ourselves and combining specialisations. Yet not all can be evaded.

👷 Work in Progress. I’m still writing the summaries of other chapters. Signup if you want to be notified of their release.